You found the right website if you are searching for homes for sale in Irvine, CA. My website has EVERY Irvine home for sale in California listed with California Regional Multiple Listing Service, Inc. (CRMLS).

I want to make your home search and buying experience as stress free and rewarding as possible. Use my Irvine, California real estate expertise to make sure you don’t miss out on any homes that meet your needs or pay too much for your next home.

I am here to get your house aggressively marketed to sell as quickly as possible and for the best price! My goals are to help you get your Irvine, CA home sold, put you in the strongest negotiating position as possible, and to make it easier for you and reduce surprises.

Get My Irvine Home Value

The Gabrieleño indigenous group inhabited Irvine about 2,000 years ago. Gaspar de Portolà, a Spanish explorer, came to the area in 1769, which led to the establishment of forts, missions and cattle herds. The King of Spain parceled out land for missions and private use.

After Mexico’s independence from Spain in 1821, the Mexican government secularized the missions and assumed control of the lands. It began distributing the land to Mexican citizens who applied for grants. Three large Spanish/Mexican grants made up the land that later became the Irvine Ranch: Rancho Santiago de Santa Ana, Rancho San Joaquin and Rancho Lomas de Santiago.

Camp Bonita at Irvine Ranch in 1937
In 1864, Jose Andres Sepulveda, owner of Rancho San Joaquin sold 50,000 acres (200 km2) to Benjamin and Thomas Flint, Llewellyn Bixby and James Irvine for $18,000 to resolve debts due to the Great Drought. In 1866, Irvine, Flint and Bixby acquired 47,000-acre (190 km2) Rancho Lomas de Santiago for $7,000. After the Mexican-American war the land of Rancho Santiago de Santa Ana fell prey to tangled titles. In 1868, the ranch was divided among four claimants as part of a lawsuit: Flint, Bixby and Irvine. The ranches were devoted to sheep grazing. However, in 1870, tenant farming was permitted.

In 1878, James Irvine acquired his partners’ interests for $150,000. His 110,000 acres (450 km2) stretched 23 miles (37 km) from the Pacific Ocean to the Santa Ana River. James Irvine died in 1886. The ranch was inherited by his son, James Irvine II, who incorporated it into The Irvine Company. James Irvine II shifted the ranch operations to field crops, olive and citrus crops.

In 1888, the Santa Fe Railroad extended its line to Fallbrook Junction, north of San Diego, and named a station along the way after James Irvine. The town that formed around this station was named Myford, after Irvine’s son, because a post office in Calaveras County already bore the family name. The town was renamed Irvine in 1914.

Suburban development in Irvine Ranch in 1975

The developing urban core in the city of Irvine in 2010
By 1918, 60,000 acres (240 km2) of lima beans were grown on the Irvine Ranch. Two Marine Corps facilities, MCAS El Toro and MCAS Tustin, were built during World War II on ranch land sold to the government.

James Irvine II, died in 1947 at the age of 80. His son, Myford, assumed the presidency of The Irvine Company. He began opening small sections of the Irvine Ranch to urban development.

The Irvine Ranch played host to the Boy Scouts of America’s 1953 National Scout Jamboree. Jamboree Road, a major street which now stretches from Newport Beach to the city of Orange, was named in honor of this event. David Sills, then a young Boy Scout from Peoria, Illinois, was among the attendees at the 1953 Jamboree. Sills came back to Irvine as an adult and went on to serve four terms as the city’s mayor.

William Pereira, the university’s consulting architect, and The Irvine Company planners drew up master plans for a city of 50,000 people surrounding the new university. The plan called for industrial, residential and recreational areas, commercial centers and greenbelts. The new community was to be named Irvine; the old agricultural town of Irvine, where the railroad station and post office were located, was renamed East Irvine. The first phases of the villages of Turtle Rock, University Park, Westpark (then called Culverdale), El Camino Real, and Walnut were completed by 1970.

On December 28, 1971, the residents of these communities voted to incorporate a substantially larger city than the one envisioned by the Pereira plan. By January 1999, Irvine had a population of 134,000 and a total area of 43 square miles (111 km2).

After the Fall of Saigon in 1975, a large influx of Vietnamese refugees settled in nearby Fountain Valley, especially in the late 1970s and throughout the 80s, forming a large percentage of Asian Americans in the city.

In late 2003, after a ten-year-long legal battle, Irvine annexed the former El Toro Marine Corps Air Station. This added 7.3 square miles (19 km2) of land to the city and blocked an initiative championed by Newport Beach residents to replace John Wayne Airport with a new airport at El Toro. Most of this land has become part of the Orange County Great Park.

Pereira originally envisioned a circular plan with numerous artificial lakes and the university in the center. When the Irvine Company refused to relinquish valuable farmland in the flat central region of the ranch for this plan, the university site was moved to the base of the southern coastal hills. The design that ended up being used was based on the shape of a necklace (with the villages strung along two parallel main streets, which terminate at University of California, Irvine (UCI), the “pendant”). Residential areas are now bordered by two commercial districts, the Irvine Business Complex to the west (part of the South Coast Plaza–John Wayne Airport edge city) and Irvine Spectrum to the east. Traces of the original circular design are still visible in the layout of the UCI campus and the two artificial lakes at the center of Woodbridge, one of the central villages.

The planning areas of Irvine
All streets have landscaping allowances. Rights-of-way for powerlines also serve as bicycle corridors, parks, and greenbelts to tie together ecological preserves. The city irrigates the greenery with reclaimed water. The homeowners’ associations which govern some village neighborhoods exercise varying degrees of control on the appearances of homes. In more restrictive areas, houses’ roofing, paint colors, and landscaping are regulated. Older parts of the Village of Northwood that were developed beginning in the early 1970s independently of the Irvine Company, have the distinction of being a larger village that is not under the purview of a homeowners’ association. As a result, homeowners in the older Northwood areas do not pay a monthly village association fee; its neighborhoods are generally not as uniform in appearance as those in other villages, such as Westpark and Woodbridge. However, the more tightly regulated villages generally offer more amenities, such as members-only swimming pools, tennis courts, and parks.

Irvine’s tourism information is coordinated through the Destination Irvine program run by the Chamber of Commerce. The program provides information on Irvine as a place to vacation and as a destination for meetings, events and other business initiatives. Irvine has been rated one of the top cities for start-up businesses and its strong, fast-growing economy helped place Orange County as one of the top ten fastest growing job markets.

Irvine is also used as a location for film projects. The city government grants free or low-cost filming permits and offers location information to prospective productions.

The Irvine Global Village Festival
Every October, Irvine hosts the Irvine Global Village Festival to celebrate the diversity among the citizens of Irvine and Orange County. The festival consists of exhibits from local merchants, entertainment from diverse cultures, and sampling of foods from various regions of the world. The event used to be held at Colonel Bill Barber Marine Corps Memorial Park but has since then been moved to the Orange County Great Park.

Irvine has three public libraries: Heritage Park Regional Library, University Park Library, and Katie Wheeler Library. The Heritage Library serves as the regional reference library for Central Orange County and has a strong business and art focus while the University Park Library has 95,745 books, including a substantial Chinese collection. Katie Wheeler was the granddaughter of James Irvine, and the library is a replica of the house owned by Irvine in which she grew up. Additionally, most UCI Libraries are open to the public.

Irvine has community parks and neighborhood parks. The community parks have public facilities located on each site. Neighborhood parks provide open space and some recreational amenities within the various villages of Irvine. Northwood Community Park in particular has recently made a unique addition: The Northwood Gratitude and Honor Memorial is the first memorial in the US ever built before the wars were over. It lists the U.S. military dead from Iraq and Afghanistan, and when dedicated November 14, 2010 listed over 5,700 names (of the 8,000 available spaces).

Irvine is also home to elementary and middle schools, including two alternative, year round, open enrollment K-8 schools, Plaza Vista and Vista Verde. Parts of the north and west of the city are within the Tustin Unified School District.

According to the 2000 United States Census, Irvine is ranked 7th nationwide, among cities with populations of at least 100,000, for having the highest percentage of people who are at least 25 years old with doctoral degrees, with 3,589 residents reporting such educational attainment.

Streets and intersections owned by the city have trademark mahogany signage and are fiber optically linked to the city’s Irvine Traffic Research and Control Center (ITRAC). Traffic cameras and ground sensors monitor the flow of traffic throughout the city and automatically adjust signal timing to line up traffic, allowing more vehicles to avoid red lights. Several major highways pass through Irvine (Interstate 5, and Interstate 405 (California), California State Route 73, California State Route 133, California State Route 241, and California State Route 261). Major arteries through Irvine are built out widely and run in a northeasterly direction with speed limits higher than 50 mph (80 km/h). As a result of the signal timing, wide streets, and road layout, Irvine’s side streets are capable of handling a higher volume of traffic than other cities in Orange County.[citation needed]

Irvine is served by commuter rail to Los Angeles, San Diego, Riverside, and San Bernardino counties at both the Irvine and Tustin stations of the Metrolink Orange County Line and the IE-OC Line. OCTA is currently implementing a major service increase on the Orange County line, with trains approximately every 30 minutes during weekday commuting hours. Amtrak trains run approximately every 60 to 90 minutes all days of the week along the Pacific Surfliner route between San Diego and Los Angeles. Amtrak trains stop only at Irvine station, unlike Metrolink, which stops at both Irvine and Tustin station. Rail2Rail monthly passes allow commuters to use both Metrolink and Amtrak services, standard tickets are specific to a single operator. A four-story parking structure was recently completed at the Irvine station as part of a station renovation.

At one time Irvine intended to build a tram / guideway, but in February 2009 the city of Irvine canceled the project. Initially plans were underway to connect the Orange County Great Park to the Irvine Spectrum Center and surrounding businesses with a fixed-route transit system, also stopping at the Irvine Transportation Center (Irvine Station). In 2008, two possible routes were selected, but neither will be developed now. The entire $128 million in funding will be returned to the Measure M fund, and be available for other cities in Orange County.

The plants started to go out of business in the 1970s and the spur was abandoned in 1985. In 1999, following its donation to the city of Irvine, it was turned into the Venta Spur bike trail.

The Irvine Industrial Spur is the second railroad spur in Irvine. It serves various industries in Irvine’s Business Complex. It currently sees little to no movement and the Irvine planning department is considering turning it into a bike path. 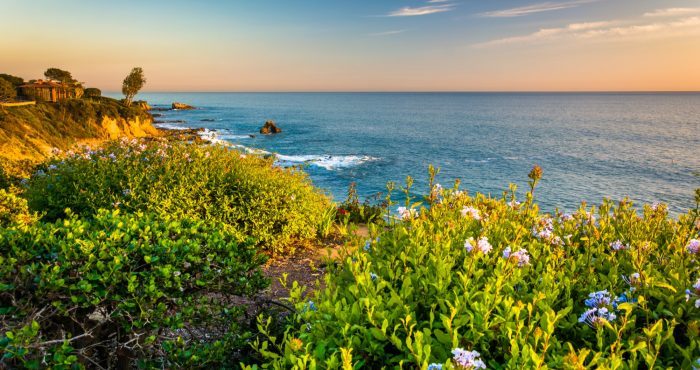 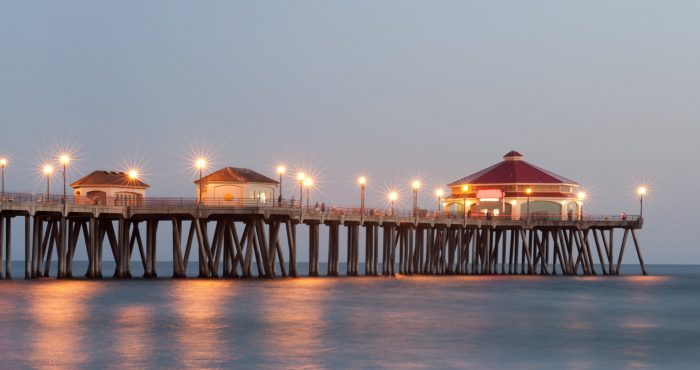 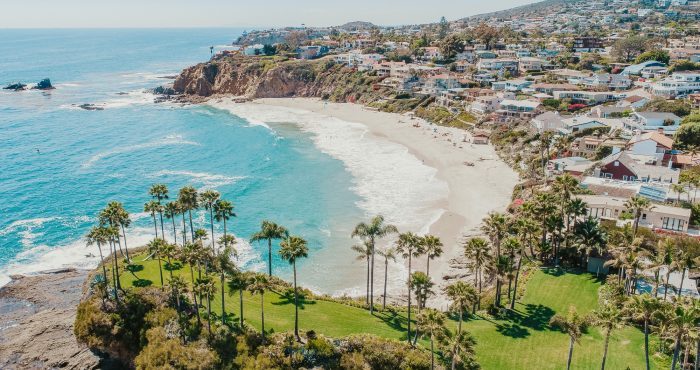 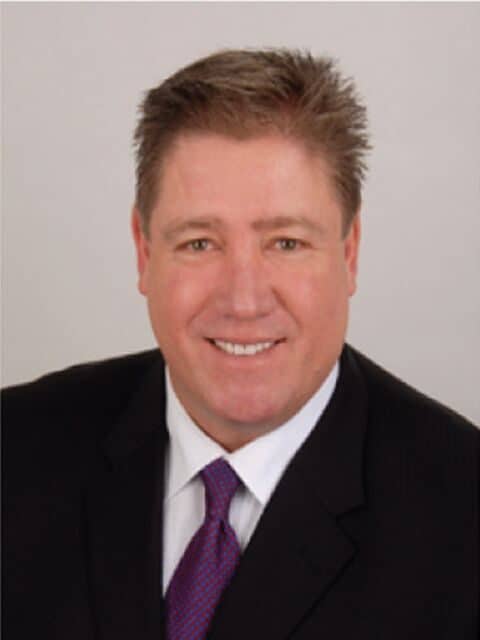 Want to Buy or Sell a Irvine Home?