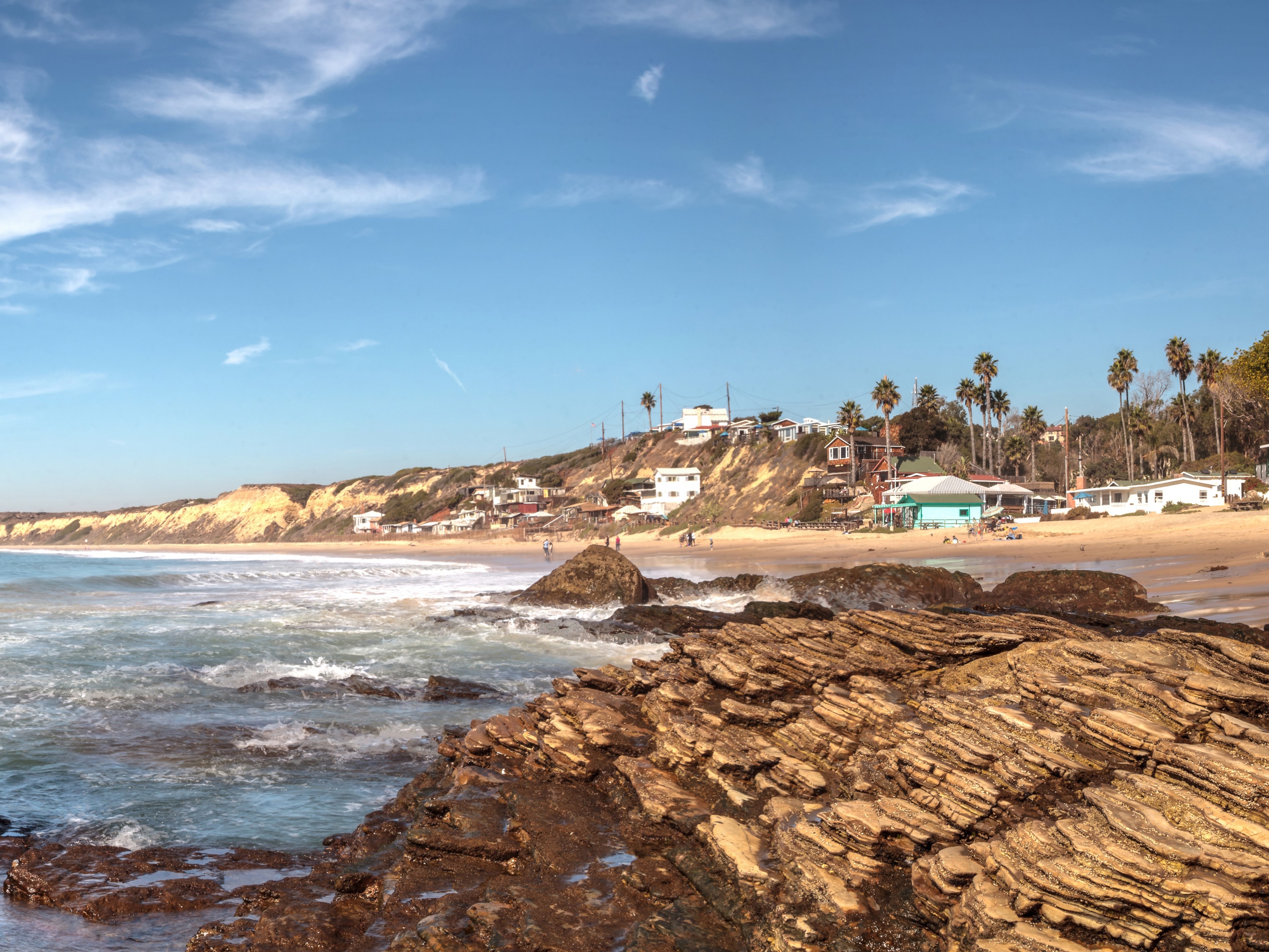 The Crystal Cove Historic District is a part of the Crystal Cove State Park located in Newport Beach, California. It is listed on the National Register of Historic Places encompassing 12.3 acres (50,000 m2) along the Southern California coast. It was listed on the National Register not only because of its significance but also because of the 46 cottages located there which were built in the 1920s and 1930s. These cottages are perfect examples of Southern California coastal development in the early 20th century and were preserved by the Crystal Cove Alliance. Since the restoration, the cottages have been open to the public for overnight stays.

A resident of the cottages, Martha Padve, was highly involved in a long-running case to list Crystal Cove on the National Register and to fight the State of California over tenancy matters.

The cottages at Crystal Cove were first built by the Irvine Company and owned by movie directors and producers. Many movies have been filmed here, including Treasure Island(1918) and Beaches (1988). Many of the cottages are currently available for public vacation rentals. The district also remains a popular location for the film industry. The main cottage featured in Beaches is currently being used as a homage to Crystal Cove’s Hollywood past where visitors can learn about the different movies filmed in Crystal Cove.

In 2015, Crystal Cove Alliance was featured, along with other organizations, in Laguna Beach Eco Heroes, a 30-minute documentary by The My Hero Project. The efforts of the Laguna Canyon Foundation, ECO Warrior, Laguna Bluebelt, Nancy Caruso, One World One Ocean, Pacific Marine Mammal Center, Wyland, and Zero Trash Laguna were also highlighted in the documentary.

If you are a Crystal Cove, CA home buyer, our foremost goal is to provide you with exceptional customer service. Our goals are to help you purchase the right home, make sure you don’t miss out on any homes that meet your needs, and make sure you don’t pay too much for your next home. Please utilize our Crystal Cove, California real estate expertise to make your home search and buying experience as stress free and rewarding for you and your family as possible.

If you're considering selling your Crystal Cove, California home, we utilize the latest, cutting-edge, real estate marketing tools to expose your property to the widest range of potential buyers. We are here to get your house aggressively marketed to sell as quickly as possible and for the best price! Our goals are to help you get your Crystal Cove, CA home sold, put you in the strongest negotiating position as possible, and to make it easier for you and reduce surprises.